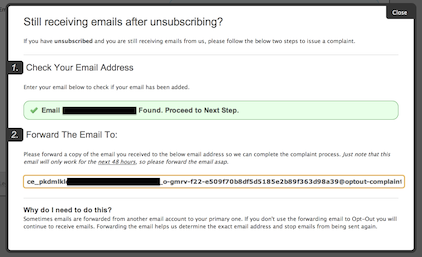 The address I was unsubscribing was the same one I was unsubscribing. Some of the emails even helpfully told me “this email was sent to trapaddress@” which is the address in the above screenshot.
I’m sure my friend will come back and comment with “why didn’t you unsubscribe by forwarding the email?” Because I was spending enough time unsubscribing as it was, and I didn’t want to have to try and navigate yet another unsubscribe process. I knew they weren’t going to stop mailing me, no matter what hoops I jumped through.
I’m not saying that all unsubscribe processes are broken, there are millions and millions of emails sent every day with simple and effective unsubscribe links. What I am saying is that there is a lot of mail getting to inboxes that users never requested nor wanted. “Just unsubscribing” from this mail Does Not Work. It just keeps coming and coming and coming.
But of course, the mail still coming is my fault, as I was unable to correctly unsubscribe. 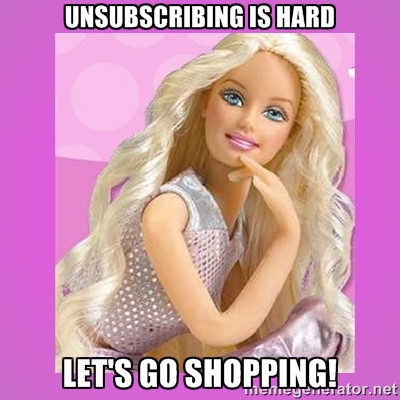