Welcome to a whole new year. It seems the changing of the year brings out people predicting what they think will happen in the coming year. It’s something I’ve indulged in a couple times over my years of blogging, but email is a generally stable technology and it’s kind of boring to predict a new interface or a minor tweak to filters. Of course, many bloggers will go way out on a limb and predict the death of email, but I think that’s been way over done. 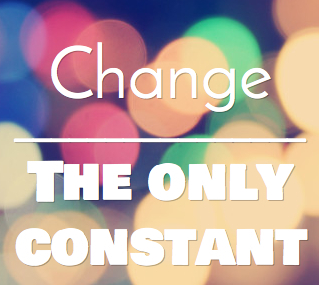 Even major technical advancements, like authentication protocols and the rise of IPv6, are not usually sudden. They’re discussed and refined through the IETF process. While some of these changes may seem “all of a sudden” to some end users, they’re usually the result of years of work from dedicated volunteers. The internet really doesn’t do flag days.
One major change in 2014, that had significant implications for email as a whole, was a free mail provider abruptly publishing a DMARC p=reject policy. This caused a lot of issues for some small business senders and for many individual users. Mailing list maintainers are still dealing with some of the fallout, and there are ongoing discussions about how best to mitigate the problems DMARC causes non-commercial email.
Still, DMARC as a protocol has been in development for a few years. A number of large brands and commercial organizations were publishing p=reject policies. The big mail providers were implementing DMARC checking, and rejection, on their inbound mail. In fact, this rollout is one of the reasons that the publishing of p=reject was a problem. With the flip of a switch, mail that was once deliverable became undeliverable.
Looking back through any of the 2014 predictions, I don’t think anyone predicted that two major mailbox providers would implement p=reject policies, causing widespread delivery failures across the Internet. I certainly wouldn’t have predicted it, all of my discussions with people about DMARC centered around business using DMARC to protect their brand. No one mentioned ISPs using it to force their customers away from 3rd party services and discussion lists.
I think the only constant in the world of email is change, and most of the time that change isn’t that massive or sudden, 2014 and the DMARC upheaval notwithstanding.
But, still, I have some thoughts on what might happen in the coming year. Mostly more of the same as we’ve seen over the last few years. But there are a couple areas I think we’ll see some progress made.

A number of my predictions have to do specifically with DMARC.

Overall, 2015 is looking to be much like 2014. And 2013. And 2012. Email is email. People still use it. It’s still the best medium for some types of communication. Senders are going to get better. Filters are going to evolve. We’ll all still be employed in a year.
Welcome to 2015. I’m sure something major is going to happen that I didn’t predict there.

Dodging filters makes for effective spammingDecember 2014: The month in email