It’s time once again for news organizations to pay attention to spam filters. This happens sometimes. Intrepid news organizations breathlessly report on how a particular ISP is blocking mail from a certain political figure our organization. I’ve written about political and activist lists being blocked or filtered before. Some of these posts are from the very early days of the blog even. 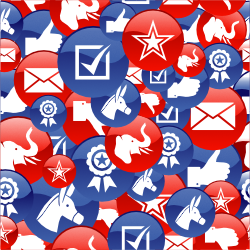 In 2007, AOL came under fire when their filters were blocking mail from Truthout.org. Truthout’s response was to yell, loudly, this was censorship and unfair. I talked about it in two blog posts: They’re not blocking you because they hate you and It really can be your email.
The reality is mail wasn’t blocked because AOL didn’t like Truthout or what they stood for. In fact, the folks I knew at the postmaster desk who handled blocking issues were more likely to support Truthout than try and censor them. But, the reality was that truthout.org was sending bad mail and it wasn’t wanted and so it got filtered. Don’t believe me? Carl Hutzler ran the AOL postmaster team and blogged about it at the time. His blog is gone, but archive.org has the full text.

In all of my years at AOL, I can tell you that AOL never intentionally blocked an organization for their political views. I would not have allowed it. But we did block some of these political groups along the way…I remember AOL automatically blocked the DNC and RNC repeatedly in election years for bad complaint rates and high bounce rates. Eventually these groups even told us that they bought “lists of likely voters” and emailed them. And as such, complaint rates and bounces were off the charts. And I remember having blocking issues with Moveon.org as well, at least once. These were not issues with the organization and what they stood for. The issues were due to mailing practices and the resulting poor statistics that the organizations had in our spam control systems.

In 2011 the domain OccupyWallSt.org was blocked by Yahoo. I talked about this in my post Censorship, Email and Politics. The interesting bit about this situation was that the mail was being blocked on the outbound. I don’t talk much about outbound filtering but all the major ISPs filter outgoing mail. It takes some fairly bad behavior to get blocked, but it can happen.
Some of the blocks are predictable. A few years ago the Obama / Biden presidential campaign offered to send an email to a recipient on behalf of donors. I can think of no better way to annoy recipients than this scheme. This doesn’t seem to have come to pass.
Political organizations think they’re exempt from rules and laws. In some cases they are. Political email is exempt from CAN SPAM for instance. That doesn’t mean they are exempt from filtering processes. Political mailers can send mail so badly it is blocked for looking like spam. This is getting worse now that many of the webmail provider filters are built with machine learning. When a human was in the loop (Politics and Delivery) there was opportunity for overriding decisions. Now, most filters are automatic and many ISPs either can’t or won’t override the filters.
On top of the differences in laws, politics is contentious. Many people believe that dirty tricks are OK in politics. This includes adding bad addresses into an opponent’s list. Forms are left open and do minimal data checking. There is no confirmation, or sometimes even no welcome message to let recipients know their address has been added. I’ve mentioned this to various political groups in the past, usually when they come to me complaining about poor delivery and high complaint rates. For them, any address is valuable and as they make money by the address they don’t care if the address belongs to the person who added to to their form.
Filters look at how wanted mail is. They don’t really care whether a mail is legal or not. They just look at how the users are reacting to and interacting with an email. For various reasons political email can look like spam. Political senders have more control over deliverability than they think. All it requires is they hink about deliverability as part of their overall strategy.