A number of ESPs woke up to a more-than-usually-bad Monday morning. Last night Spamhaus listed 10s of networks, including ESPs, on the SBL. The listings all contained the following note:

Problem resolution
============================
To have this listing removed, the newsletter service needs to clean up their email address list and ensure that bulk emails are only being sent to recipients who have previously subscribed to their bulk email service.

Confirmed Opt In – A Rose by Any Name:
https://www.spamhaus.org/news/article/635

The first thing most folks did, when confronted with the listings, was reach out to other delivery folks. Is this something widespread or was just my ESP listed? The answer is many ESPs were involved.
Mail has been shooting back and forth all day between a number of players. Many folks reached out to contribute what they know. I think it’s a credit to the ESP and delivery community how free different folks have been with information.
(Note: the rest of this post is my synthesis of what I’ve been told from various sources, including Spamhaus. There are a lot of rumors here, but in the interest of getting things out quickly and calming some concerns I’m going to put this out now.) 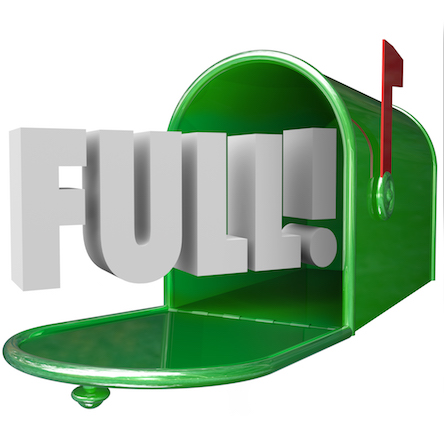 I’ve not heard anything definitively one way or another about a policy change at Spamhaus. I think they’re all a bit busy. What I do know is that the listings are based on active abuse happening now. Over 100 addresses were added to mailing lists, many from IPs outside the US. These addresses are being mailed from the networks listed on the SBL and led directly to the listings.

It can’t be bad enough for a SBL listing.

Yeah, it can. I’ve had small subscription bombs in the past and they’re pretty damn annoying even when it’s only a couple dozen emails. The volumes I’m hearing here are significantly high that people cannot use their mailboxes. One sender identified fewer than 10 addresses each signed up to almost 10000 of their customer lists during a 2 week period. Most of those lists were actually COI, but even if they were all COI it still means tens of thousands of emails sent by one ESP to those email addresses. Expand that out to 10 ESPs and you have hundreds of thousands of emails sent to those email addresses.
Other senders have identified addresses that look to be part of the harassment campaign and are working to block mail to those addresses and get them off their lists.

Maybe, maybe not. It isn’t a policy change in that there is active email abuse coming from the listed networks. Spamhaus has long had the policy to list active systems actively involved in email abuse. It’s important to note that many (most?) of these listings are dot-zero listings and aren’t actually blocking mail. The goal is to get ESPs to clean up customers and stop the abuse.

What does Spamhaus expect us to do?

Speaking for myself, and without attempting to put any words in Spamhaus’ mouth, I think they expect you to stop the abuse currently coming from the listed networks. Right now, ESPs are being used as a conduit for abuse and people’s mailboxes are being rendered unusable by unsolicited mail from those networks. This is beyond the permission discussion, this is outright harassment and must be addressed.

How do we do that?

A number of ESPs have been searching through their client lists and identified addresses that have all been added to hundreds or thousands of lists. These are unlikely to be actual subscriptions and should be removed from lists. If the client insists on not removing these addresses, then I strongly suggest requiring they be confirmed with a positive confirmation (click here to continue receiving mail). These aren’t real subscriptions, though, I promise you. And, even if they are, even if that person was a great customer of yours and purchased from every mail they received, they will not be purchasing anything until the volume of their mail gets to something manageable.

The recipients should just unsubscribe.

That’s not really possible given the volume of mail. I’ve heard reports of some victims receiving over 100 emails per minute. More than 1 email per second. I don’t know about you, but I can’t unsubscribe in one second. This a form of harassment and will render a mailbox totally unusable. Subscription bombs like this are distributed denial of service attacks on individuals. They get so much mail from different places they are unable to use their mailbox for real mail. The hostile traffic can’t be blocked because the mail is coming from so many different sources.

What should we look for?

This will give you a start at looking for the addresses that may be forged into forms. I’m seeing reports that some subscriptions started back on the 2nd and 3rd of August, so going back to Aug 1 makes a nice cutoff point.

OK, we’ve found them, now what?

Block them. Don’t allow your customers to mail them. You, and your customers, are being used as a vehicle to harass people. Then think about things you can do to identify this before it gets to the extreme of a SBL listing. This is the first public incident, I do not believe it will be the last.

Will Spamhaus be addressing this publicly?

I have been told that they should come out with a blog post over the next few days explaining some of the issue. They also know I’m writing about this issue, although they don’t know what I’m writing.

What do you think about this?

I think a number of things.

Overall, I think this should be a major wakeup call for ESPs and senders. You’re being used as a conduit for harassment and you have a responsibility to the overall ecosystem and your customers to stop it.