For a long time it was a known fact that certain ISPs recycled abandoned addresses into spamtraps. There were long discussions by senders about this process and how it happened. Then at a conference a few years ago representatives of ISPs got up and announced that they do not recycle addresses. This led to quite a bit of consternation about how deliverability folks were making things up and were untrustworthy and deceptive. 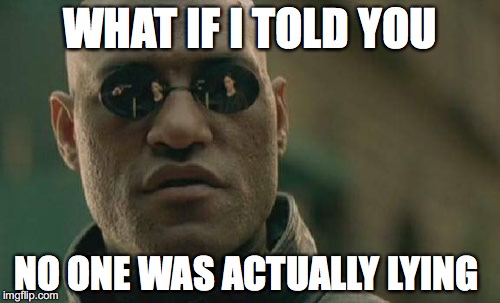 In the early 2000’s ISPs were throwing a lot of things at the wall to deal with mail streams that were 80 – 90% bulk. They tried many different things to try and tame volumes that were overwhelming infrastructure. ISPs did try recycled traps. I know, absolutely know, two did. I am very sure that others did, too, but don’t have specific memories of talking to specific people about it.
At that time, a lot of deliverability knowledge was shared through word of mouth. That turned into a bit of an oral history. The problem with oral history is that context and details get lost. We can use the story of the ISP that did/did not recycle traps as an example.
Deliverability folks talk about an ISP that recycles traps. They don’t mention how often it happens. Some folks make the assumption that this is an ongoing process. It’s not, but anyone who knows it’s not risks violating confidences if they correct it. Besides, if senders believe it’s an ongoing process maybe they’ll be better behaved. Eventually, the story becomes all ISPs recycle traps all the time. This is our “fact” that’s actually a myth.
Then an ISP employee goes to a conference an definitively states they don’t recycle traps. I believe he stated the truth as he knows it to be. That ISP moved on from recycled traps to other kinds of traps because there were better ways to monitor spam.
We were talking about this on one of the deliverability lists and I told another story.
[ISP] recycled addresses once – back when JD was there which must have been, oh, around 2005/6 or so. I heard this directly from JD. It wasn’t done again, but a whole bunch of people just assumed it was an ongoing thing. Since my knowledge was a private conversation between JD and me, I never felt comfortable sharing the information. Given the circumstances, I’ve decided it’s OK to start sharing that end of the story a little more freely.
No one set out to create a myth, it just happened. No one intended to mislead. But sometimes it happens.