“If you want to use another means that violates the law, and every common definition of “spam”, then by all means, go ahead. You can enjoy fines and being added to the ROKSO database,” says a comment on my recent COI blog post. It’s both disconcerting and entirely predictable. 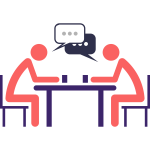 My post was a discussion of what to do with addresses that don’t confirm. Data tells us that there is some value in those addresses – that there are people who won’t confirm for some reason but will end up purchasing from an email. Using COI leaves some fraction of revenue on the table as it were. My post was a short risk analysis of things to think about when making decisions about continuing to mail to people who don’t confirm.
Mentioning COI often brings the only-COI-mail-is-not-spam zealots out of the woodwork, as it did in this case. In this case, we have the commenter first asserting that failure to do COI is a violation of CAN SPAM (it’s not). When this was pointed out, he started arguing with two people who have been actively fighting spam for 20 years (including running a widely used blocklist). Finally, he ends up with the comment asserting that anyone not using COI will end up on ROKSO. It’s as if he thinks that statement will fear other commenters into not having opinions. It can’t because everyone in the discussion, except possibly him, knows that it’s not true.
The worst problem with folks like the commenter is that they think asserting horrible consequences will make people cower. First off, people don’t react well to threats. Secondly, this is a hollow threat and most people reading this blog know it.
There are millions of mailing lists not using COI and have zero risk of ever getting on ROKSO. The only thing hollow threats do is make people not pay attention to what you have to say. Well, OK, and have me write a blog post about how those threats are bad because they’re completely removed from reality.
Exaggerating or lying about consequences is not just wrong, it’s stupid. “Do this or else BAD THING,” is awesome, up until someone decides they’re not going to do this and the bad thing never happens. It makes people less likely or pay any attention to you in the future. It certainly means your opinions and recommendations are not going to be listened to in the future.
I probably go too far the other direction. I can spend too much time contextualizing a recommendation. It’s one of the things I’m trying to get better about. No, client doesn’t need a 4 page discussion of the history of whatever, they just need 2 lines of what they should do. If they need the context, I can provide it later.
In order to effectively modify behavior consequences have to be real. Threats of consequences are meaningless. Any toddler knows this, and can quite accurately model when mom means it and when she’s just threatening.
Risk analysis is not about modifying behavior. It’s about analyzing a particular issue and providing necessary information so the company action understands potential consequences and the chance those risks will happen. The blog post about COI was not intended to modify anyone’s behavior. I know there are companies out there successfully maintaining two mail streams: one COI and one not. I know there are other companies out there successfully mailing only single opt-in mail. I know there are companies with complex strategies to verify identity and address ownership. And I smile every time I walk into a retail store and they ask me if my email address is still X and if I want to make any changes to it.
Lying about consequences does nothing to modify behavior. All it does is diminish the standing and audience of the liar. Be truthful about the consequences of an action or lack of action. Don’t make up threats in order to bully people into doing what you think is right. Sooner or later they’re going to realize that you don’t know what you’re talking about and start to ignore you.