A due diligence story

due diligence
noun. research and analysis of a company or organization done in preparation for a business transaction 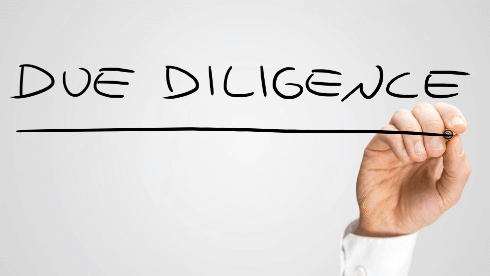 It’s a term that’s been around for five centuries or so. Originally it meant the effort that was necessary for something, but it evolved into a legal term for “the care that a reasonable person takes to avoid harm to other persons or their property“.
More recently it’s evolved to mean “the research that a company should perform before engaging in a financial transaction“.
One aspect of that is doing at least a bare minimum of research on a customer before you let them take advantage of your reputation.
I just got some SMS spam from a short code, advertising two domains – 29designx.us and customlogocoupon.us. It’s SMS spam, so there’s no hidden content, no affiliate tags, just the bare domains. One spam has both domains in it, the other has 29designx.us twice.
According to the company that operates the SMS gateway this is a dedicated short code, not a shared code. In ESP terms that’s kinda equivalent to a customer on a dedicated IP address rather than one sharing a pool. Except much more so – short codes are a scarcer resource than IP addresses, with the US having fewer short codes in total than some ESPs have IP addresses.
What would 60 seconds of due diligence have told the SMS provider about this customer?
Let’s start by looking at the two websites.
They’re clearly built from the same template. Same annoying animation, same fake sale countdown timers, same live chat window.
The live chat was answered by Harvey (who is a real person, one I managed to annoy by talking with him through multiple live chat windows on their different sites simultaneously). Different ‘phone numbers though – 1-866-212-2217 for the coupon site vs 1-619-942-5964.
Then lets look at whois for the domains:
Domain Name:  29DESIGNX.US
Registrant Name: Mildred Smith
Registrant Organization: 29designs
Registrant Address1: 1854 Valley View Drive (that’s in Kansas)
Registrant City: Boston
Registrant State/Province: MA (not Boston, Massachusetts)
Registrant Postal Code: DN3 6GB (see note)
Registrant Country: UNITED KINGDOM (nor the United Kingdom)
Registrant Country Code: GB
Registrant Phone Number: +92.3233000306 (nor Pakistan)
Registrant Email: rhiannon.desir@gmail.com (gmail? rhiannon != Mildred)
Registrant Application Purpose: P1 (= business registration)
Registrant Nexus Category: C11
and
Domain Name: CUSTOMLOGOCOUPON.US
Registrant Name: Antonio R. Flores
Registrant Organization: Oranges Records & Tapes (see note)
Registrant Address1: 4243 Marie Street Annapolis (doesn’t exist)
Registrant City: MD
Registrant State/Province: MD
Registrant Postal Code: 21401
Registrant Country: United States
Registrant Country Code: US
Registrant Phone Number: +1.4108498868
Registrant Email: mj9729395@gmail.com (seven digit number, huh?)
Registrant Application Purpose: P3 (= personal website)
Registrant Nexus Category: C11
That’d make me suspicious enough to put the customer on hold and maybe doing a little actual investigation of them before allowing them to send. That’s the due diligence an ESP or SMS provider should do. 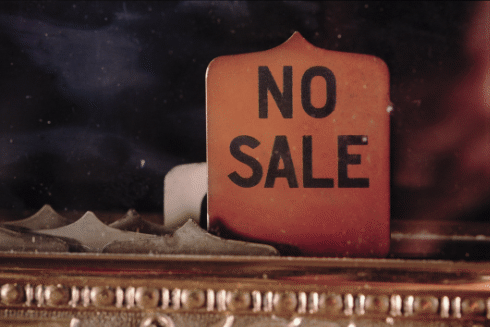 Laura is in Las Vegas today, so I have a little spare time. Let’s do the next level of investigation to find a little more. Nothing fancy, just some creative use of Google.
“DN3 6GB” is an interesting UK postcode. Not because Doncaster – the South Yorkshire town that “DN3” would imply – is particularly interesting, nor because of the fact that DN3 6GB doesn’t exist, despite being syntactically correct.
No. It’s interesting because it is the first postcode in a test suite for validating UK postcodes via regular expression so it’s all over developers forums and FAQs when people are talking about valid UK postcodes. Not only a fake, but a manually created fake.
“Orange’s Records and Tapes” is interesting too. It’s an odd looking business name to have attached to a logo design company. And the mention of “Tapes” looks rather dated. It seems to be a Chicago-based record store (or, possibly, small chain) that either went out of business or was bought out and the name abandoned quite some years ago. It’s still on some easily available lists of business names, though.
And it’s also in output from fakenamegenerator.com – a handy little site that generates fake names, email addresses, employer names, birth dates, credit card numbers and everything else you might want to have as test data. That makes me pretty sure that everything about customlogocoupon.us is fake.
Reverse whois search suggests that the same “Mildred Smith” also registered 29design.us, paperx.us, 99videos.us, 29designs.us and 99videoz.us. As well as the similarity in domain names, the sites that are up are using the same template as the first two sites and selling services in much the same style. And appear to use equally fake registration data.
We still have the ‘phone numbers published on the original sites…
The 866 number on customlogocoupon.us shows up in the contact information for logoventure.com and logoventure.net. They’re a small graphic design and flash animation company, consisting of Russell Bryant, Jessica Sandler, George Isaacson and Jason somebody. No Antonio R. Flores, and it’s a much more restrained site than the customlogocoupon.us hyperactivity.
The 619 number from 29designx.us shows up on animationsharks.com. Which is a little better designed, but still has the same live chat box manned by Harvey. (Hi, Harvey!). It’s been mentioned elsewhere in the SMS spam context too.
There’s no useful contact information on the site, and the domain registration data is falsified via Domains by Proxy (reasonable for a personal site, a bad sign on a business site).
My best guess is that animationsharks.com / 29designx.us / 29design.us / 29designns.com are the SMS spammers, while logoventure.com are a customer of theirs.
Hidden by CSS on the animationsharks.com site is a list of services, support and postal contact information that’s identical to that of a legitimate corporate animation studio based out of Boston. It’s possible that they just ripped off the site of another company, but it’s also possible it’s a side-job, something done by an ex-employee…
But that’s all I have time to look at now. Back to work.