Codified into law in CASL, implied permission describes the situation where a company can legally mail someone. The law includes caveats and restrictions about when this is a legitimate assumption on the part of the company. It is, in fact, a kludge. There isn’t such a thing as implied permission. Someone either gives you permission to send them email or they don’t.
We use the term implied permission to describe a situation where the recipient didn’t actually ask for the mail, but isn’t that bothered about receiving it. The mail is there. If it has a particularly good deal the recipient might buy something. The flip side of not being bothered about receiving mail, is not being bothered about not receiving mail. If it’s not there, eh,  no biggie. 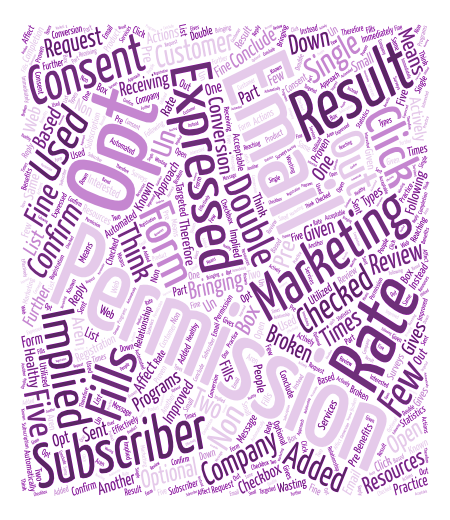 In the marketing space we talk about permission as if it’s a binary status. Either we have permission to send email or we don’t. But that doesn’t reflect the complexity of marketing programs. Maybe a recipient wants a password reset email and the occasional social alert, but doesn’t want the weekly newsletter. One recipient might be OK with 3 emails a day, while another would like one a week.
It’s a rare case where this granular permission is collected upfront. And there’s good reason for that, too much choice overwhelms and it’s better to limit options.

We’ve fallen down a hole where opens have turned into this proxy for permission. I think that’s why so many people freak out when they discover that sometimes spamtraps will load image pixels or follow links in emails. But following a link or loading an image isn’t permission. It might be interest. It’s even interest from the person running the spamtrap, but not necessarily the good kind of interest.  Or it could simply be that the user needs their password so they opened the password mail.
An open / image load is not permission. At best it means that the recipient can load images in emails they open. Maybe they actually even enjoy it and will enjoy future emails. But it’s not permission. Now, from enough engagement data we can assume that the recipient wants to receive email. But that’s still implied permission at best.

What is we keep doing what we’re doing. Making the best decisions about marketing programs with the information we have. It’s all we really can do in the now. But, as we look to how we want our marketing to grow and improve we must look at the whole picture. Marketers have the data to make good decisions, but only if they ask the right questions.