A few weekends ago we met a friend for coffee in Palo Alto. As the discussion wandered we ended up talking about some of the projects we’re involved in. Friend mentioned she was working with a group building a platform for community building. We started talking about how hard it is these days to run online groups and communities. One of the things I started discussing was what needed to be built into communities like this to prevent abuse and damage. 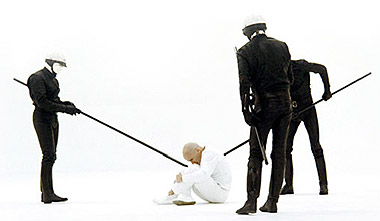 It’s a sad fact of online life that trolls exist and have been a part of online life since before Usenet. My perception is this is getting worse. It’s not that there wasn’t harassment in the past. There was. 20 years ago, I managed to annoy some random woman on a newsgroup back in ’96 or ’97. This resulted in months of harassing phone calls to me at home and work, my boss at home and work, the head of the rescue group I volunteered with. The police were involved, but there wasn’t much they could do. There’s still not much police do about online threats.

Now it seems worse. People are getting physically threatened. Women and activists are driven from their homes because someone online decided to attack / doxx / frighten them. We have online platforms that allow hate speech and threats and don’t provide sufficient tools for users to protect themselves. For all the good that comes from the Internet, there’s an awful lot of bad.

A big part of the issue is anonymity. Real anonymity online is hard, as evidenced by how quickly CNN tracked down the real life identity of a Reddit user. They did that in less than 24 hours, without the benefit of any private information. But partial anonymity is pretty easy. It’s trivial for anyone to register any number of twitter accounts, or reddit accounts. I recently heard the term “weaponized anonymity” and it accurately describes the situation. (I don’t agree with all of the opinions in that article, but I think the definition is useful.)
Before my harasser, I was pretty open online with where I worked and volunteered. I think I even had my physical location (at least city and state) on my webpage. Afterwards, I stripped as much info from the space I had control over. I thought about creating a new online identity, but decided that it was both a lot of work and wouldn’t be that effective. It’s near impossible to hide online now.

These are issues we have to address. Unfortunately, too many community platforms (twitter, I’m looking at you) don’t have controls in place to allow users to block harassment. At the volume of users some online communities have there is simply no way to put a human in the loop to deal with every complaint. There’s also a ‘x said, y said’ problem, where abusers claim they’re the victim when called on their behavior. The Mary Sue has an article on a recent example. In some cases, harassment goes back for years and the story is too complicated for an abuse desk worker to absorb in the short time they have to deal with an issue.

I certainly don’t have the answers. But I know that when we’re building online software we have to start prioritizing user safety and privacy. Too many online spaces don’t have walls or fences or locks. That’s a good thing because it lets people find communities. But it is a bad thing because there are folks out there who disrupt communities as a hobby. Anyone building community software needs to think how they and their software will handle it if one of their users is targeted.
These are discussions that need to happen. Those of us with experience in the online abuse space need to be involved and contribute where we can.