It’s amazing how many spammers try and fool deliverability into accepting a questionable list. All too often they fall back on a story. The basic points: a company you’ve never heard of collected millions of email addresses on a website hosted on a low end VPS. 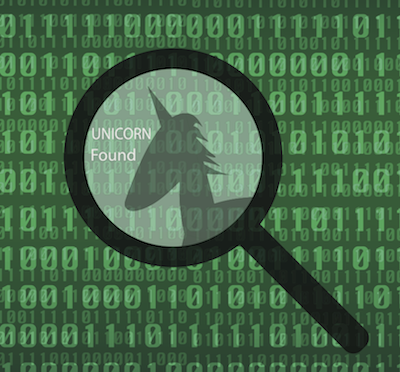 I’ve never heard of your company. We’re just that much better at marketing. This list is guaranteed 100% opt in. Subscribers are desperate to hear from us. The mail is vital and important. We had some problems at our last ESP, but that’s just because they don’t understand our business model. And we had a brief problem with complaints. But they weren’t real complaints. Our competitors are signing up for the list and complaining to hurt out business. It’s not a list problem, it’s that we’re so dominant they have to subvert us. That’s just because we’re that much better at their jobs than anyone else.
You’re looking for deliverability help. Well, yeah, sometimes Gmail delivery is bad, but that’s simply because we won’t pay Google money for advertising. Google is so afraid of us they deliberately filter all this spectacularly wanted email into the bulk folder. They have problems with us as a business. Oh, and we might, sometimes, occasionally have a minor problem with Yahoo. But, again, it’s because we threaten them and they don’t want to have to compete on a level playing field.
If they’re a potential customer, I tell them about our services and offer a proposal. Once some company I’ve never heard of tells me their bad delivery is because global companies are afraid of them, there’s really nothing I can do. They’re unlikely to listen to me explain reality to them.
Sometimes, though, this conversation happens because I’m consulting for an ESP or an Agency. They’ve brought me in to discuss deliverability with a customer or vendor. In those cases, it’s my job to keep going.
Your site doesn’t actually have a signup form. That’s because we’re in the middle of an upgrade cycle and had some problems with the back end. [Alternative: We stopped collecting new email addresses because of their deliverability problems and removed the form.] Your site has a signup form, and I signed up, but never got any mail from you. We disconnected the signup form while we handle our deliverability problems. [Alternative: That shouldn’t happen. We can forward you some messages instead.] I have received spam advertising your company. We had a rogue affiliate that we discovered was spamming and we cut them off.
No, this is direct from your IP space. Oh, well, you must have opted in and forgotten about it. [Alternative: We had a rogue sales guy, but we fired him for spamming.] Your company has only been in business for 3 years, this is an address I haven’t used since the ’90s. Oh, we probably bought a company that you opted into and so have permission that way.
That’s not really permission. Of course it is!
OK…. How can I help you. We want you to call Google / Yahoo / Hotmail and tell them we’re really a legitimate company that’s sending content and we shouldn’t be in the bulk folder.
What have you changed? Nothing! Why would we change anything? We’re great marketers. We have all these plans but need to get back to the inbox before we can implement them.
Um… there’s no filter setting for “laura says they’re a good sender.” They’re going to look for new sending patterns so let’s change a few things. Well, we recently removed 2/3 of our database, but it made no difference so we don’t know what else you think we can do.
Let’s talk about your technical setup.