Benjamin asked in the comments where in the interface the “unsubscribe” or “block” popup appeared. This is the dialog box Microsoft uses when the add the “unsubscribe here” link at the top of a message. Screenshots taken today from my Hotmail account: 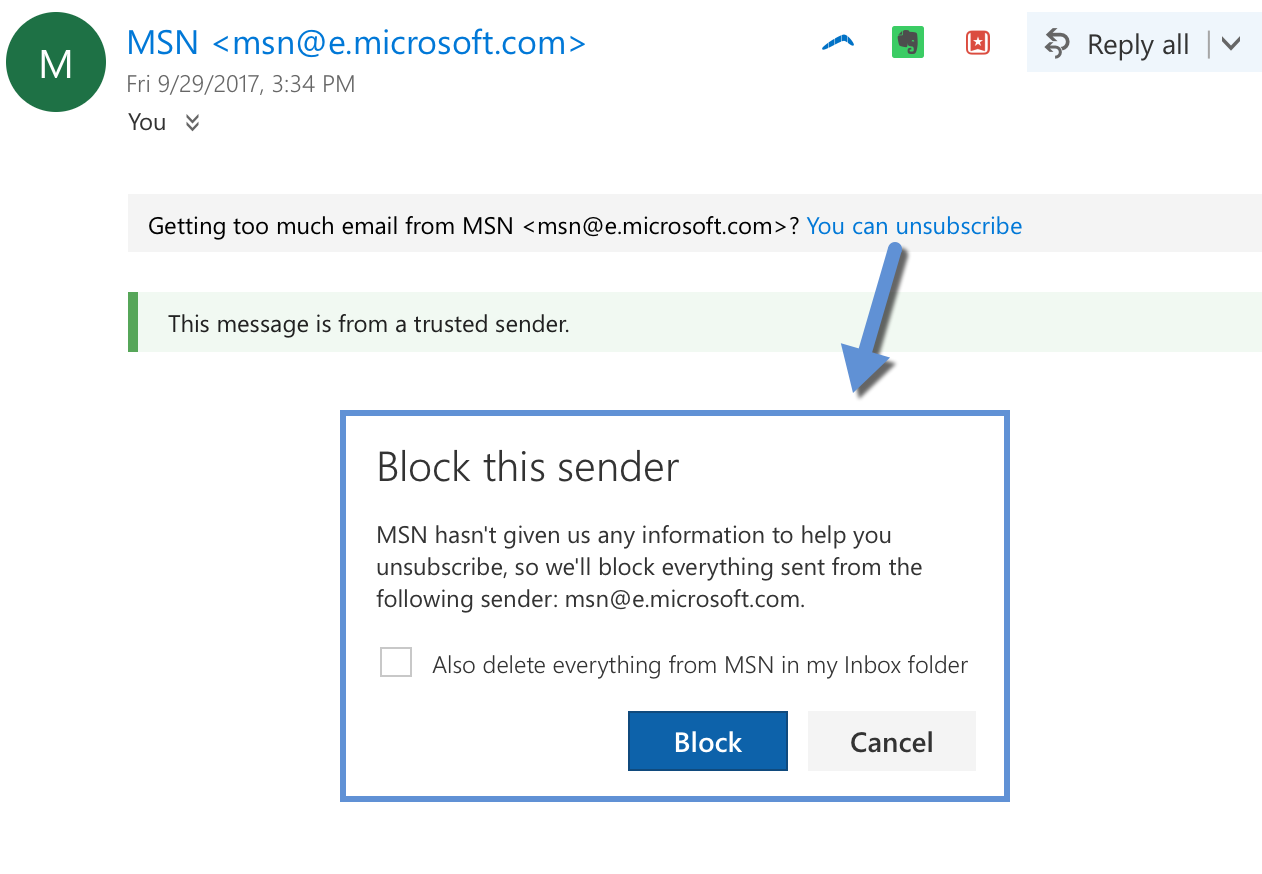 At this point we have 3 of the major webmail providers (Yahoo, Microsoft, Gmail) using List-Unsubscribe headers and at least one mobile client (Apple Mail). 20 years on it seems List-Unsubscribe is finally gaining traction.
Notice, too, that ISPs hold their own mail to the same standards as outside mail. This really is Microsoft offering to let me block everything from MSN News.