I was doing some research today for an article I’m working on. The research led me to a San Francisco Law Review article from 2001 written by David E. Sorkin. Technical and Legal Approaches to Unsolicited Electronic Mail (.pdf link). The text itself is a little outdated, although not as much as I expected. There’s quite a good discussion of various ways to control spam, most of which are still true and even relevant. 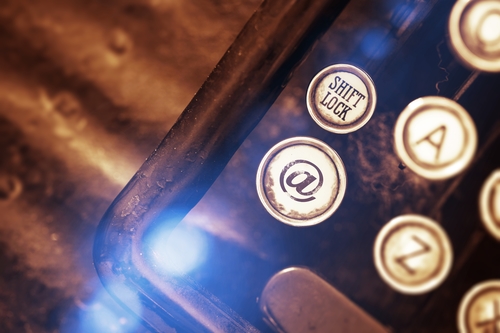 From a historical perspective, the footnotes are the real meat of the document. Professor Sorkin discusses many different cases that together establish the rights of ISPs to filter mail, some of which I wasn’t aware of. He also includes links to then-current news articles about filtering and spam. He also mentions different websites and articles written by colleagues and friends from ‘back in the day’ discussing spam on a more theoretical level.
CNET articles on spam and filtering was heavily referenced by Professor Sorkin. One describes the first Yahoo spam folder. Some things never change, such as Yahoo representatives refusing to discuss how their system works. There were other articles discussing Hotmail deploying the MAPS RBL (now a part of Trend Micro) and then adding additional filters into the mix a few weeks later.
We were all a little naive back then. We thought the volumes of email and spam were out of control. One article investigated the effectiveness of filters at Yahoo and Hotmail, and quoted a user who said the filters were working well.

“It’s really awesome because I get maybe 20 emails a day, and [it’s] mostly junk mail,” said longtime Yahoo Mail user Daniel Nikaiyn. “It’s saved me a lot of time splitting up junk mail and my email. Now I don’t have to sift through them.”

I think I got 20 emails yesterday just trying to register at one new site and do the password reset dance with another.
In addition to the news articles, I saw a bunch of documents and websites I’d nearly forgotten about. There were a group of people, and I include myself among them, that spent a lot of time trying to figure out how to fix spam. When it was 20 emails in my inbox it did seem somewhat silly. Yes, I can delete them. But the bigger issue was the lack of external economic constraints on the amount of mail senders could send. Sure, that day was 20 emails, but there was nothing stopping it being 100 in 6 months and 500 6 months after that.
In fact when I gave up the email address I was using in the late 90s there were days it was receiving hundreds of spams a month, and that was behind commercial grade filters run by my ISP which caught most botnet and snowshoeing spam. And that was just last year, when the overall volume of spam traffic had dropped from over 95% of email traffic down to under 85%.
The whole document is long, but Professor Sorkin did get one thing right.

Coordination of technical and legal mechanisms seems to be the most promising approach to the spam problem. The first step must be to agree upon the ultimate objective: it is quite easy to declare “get rid of spam,” but the definition of spam is sufficiently controversial that this first step may be the most difficult. Technical and legal measures can then be used in a complementary fashion—for example, technical measures can be designed so that one must break the law (or subject oneself to liability) in order to circumvent them, while those who evade or ignore legal controls could be subjected to blackholing and other technical responses.
Yet it is probably unrealistic to expect that the consensus required for such coordination can be achieved. More likely, the technical arms race between spammers and anti-spammers will escalate, and more and more innocent bystanders will be caught in the crossfire. States and countries will continue enacting an increasingly diverse set of spam-related statutes, and traditional legal theories will be stretched and distorted even further in efforts to address spam and other forms of “network abuse.” The news is not all bad; there have been advances in collaborative filtering by companies such as Brightmail, and some recent legislation seems to incorporate at least a rough comprehension of the underlying technology. Nonetheless, a coordinated solution to the problem of spam remains elusive at best. (footnotes removed)

Spam affects endusers less now than it did in in 2002 when the article was written. I don’t think Professor Sorkin envisioned a multi-billion dollar industry spam filter industry, but that is a major reason our inboxes are still useable. I don’t think the laws have necessarily caught up. In fact, my research this afternoon was started as I was thinking about how CAN SPAM is antiquated and doesn’t provide sufficient tools to effectively address spam as it is now. Despite how far we’ve come and how much has changed, spam is still here and will likely be here for the foreseeable future.