It is a regular occurrence that senders ask filters and ISPs for mitigation. But there seems to be some confusion as to what mitigation really means. I regularly hear from senders who seem to think that once they’ve asked for mitigation that they don’t have to worry about filtering or blocking at that ISP for a while. They’re surprised when a few weeks or even days after they asked for mitigation their mail is, one again, blocked or in the bulk folder. 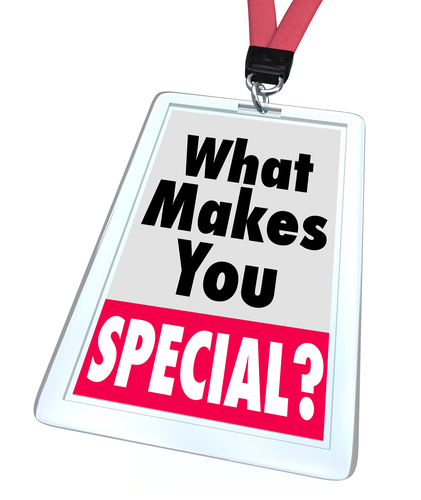 The words What Makes You Special on a badge, asking the question of what characteristics set you apart as an individual as different, unique, distinguished or better than the rest.

Think of mitigation as a flag that tells spam filters to ignore the history for an IP or domain. The history isn’t deleted or removed, it’s still there. But the “start date” is moved to the mitigation date. If I am a sender that’s been using an IP for a few years and I have a few bad months of sends in the middle, I can ask the ISP to mitigate the effect of those bad months on my reputation. The sender starts over fresh, with none of the bad history.

Mitigation is not a get out of jail free card.

Mitigation is not a get out of spam folder free card. This is not something offered to senders who have a poor history. It’s primarily intended for senders who are normally good senders but had some rough sends. The intention behind mitigation is to give senders a way to get out of the spam folder after they’ve fixed their problems. The infamous MS response “we see no problem with your delivery” in respect to spam foldering means exactly that according to their numbers, mail should be delivered to the spam folder.

Mitigation is not automatic.

In most cases mitigation is handled by a human being, that is following policy established by their employer. Real people review the internal data and dashboards and make a decision based on that review. Senders who have a long history of marginal mail are less likely to receive mitigation. The corollary is that senders who have a history of decent mail but a few bad sends are very likely to receive mitigation.

Email delivery requires cooperation among senders and receivers. Mitigation requires trust on the part of the ISP, and every ISP rep has multiple stories of spammers who abused that trust. Senders who demonstrate they’re acting in good faith, by making receiver visible changes before requesting mitigation, are much more likely to receive mitigation. Repeatedly asking for mitigation decreases the chances of it being granted. Remember, mitigation doesn’t erase data, it simply resets the start time for analysis. The person handling mitigation can see that it was granted and nothing changed. It’s not a plausible request the second, or third, or fourth time.

Mitigation is an exception.

Asking for mitigation is a normalized pathway, but it’s not normal. Senders make the mistake of thinking if they got mitigation once, they just have to ask again. That mistake leads them to ask for mitigation without changing anything about their sends before or after the mitigation. As a result, they discover their mail is back in the spam folder. This also leads to mitigation not being granted a second or third time.

No sender should rely on mitigation to get to the inbox. Instead, senders should focus on the fundamentals of good delivery: sending mail people ask for and expect. Everything else is rearranging deck chairs on the Titanic.