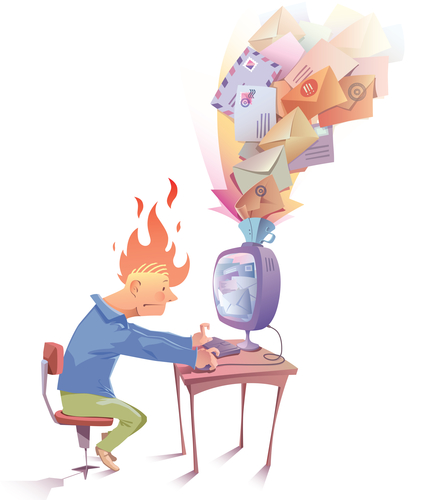 Statista says there are somewhere between 230 and 250 million Americans that use email. Taking the higher figure, and a conservative 15 billion emails sent on black friday, that’s 60 emails per person. Conservatively, every US consumer received 60 emails last Friday.

Back in the dark ages, when we were trying to convince people spam was a problem, one of the arguments was that mail was cheap and spammers would send more mail than users could handle. The solution, as we saw it, was to turn email into a permission based system. If people only received mail they asked for, then they wouldn’t be overwhelmed with volume. Now, we’ve reached the point where a single day’s permission based email is overwhelming recipients to the point where they can’t read all of them.

Does that mean I think Black Friday mail is spam? Absolutely not. It was all wanted and asked for mail. But, when a recipient is getting 50 or 100 or 300 or 500 emails in their inbox in a day it takes time to read all of it. They may be excited the first few dozen emails, but as the day goes on

I’m not surprised that some marketers are seeing a lowering of open rates when inboxes are so crowded. I expect that what happened is recipients actually opened more email than their usual amount. But due to the significant increases in volume, each individual sender saw lower open rates.