Anyone actively handling deliverability issues has had the experience of submitting a ticket or email and receiving no response. Alternatively, we get a boilerplate response that seems to not address the question. It happens to me, it happens to colleagues, it happens to everyone. One of the biggest challenges we face is taking that lack of response and channeling it into action items for our customers and clients. 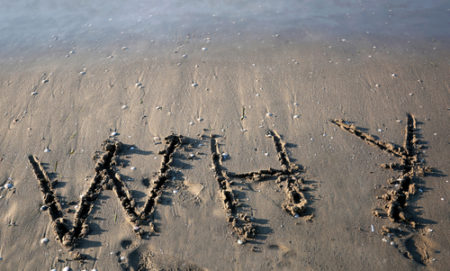 Silence is an answer

Many people believe that lack of a reply means that no one saw their ticket or email. Sometimes, it is true, the contact method goes into a blackhole and no one sees the message. In the cases I can think of, this isn’t personal. The person (and it’s almost always an individual person) doesn’t want any feedback, so they don’t check the one channel they have for feedback. Or, the request is going to the wrong place. For example, I get a lot of mail (and even phone calls) from people who think I’m support for any number of ISPs. I answer some, but don’t answer others, particularly when I’m busy.

In the case of a list that ignores every inquiry, silence tells us this is likely not relevant to blocking problems. A filter or blocklist that doesn’t speak with listees typically doesn’t have many users. This is especially true in the case where we just found the listing by using an online blacklist checker like mxtoolbox or multirbl.valli.org. There are hundreds of blocklists out there, but in my experience the number that have a wide enough footprint to affect mail delivery is less than 10.

There are other cases, however, where we don’t receive answers even though the message is read and the person reading it could help. These are a little harder to interpret, but it’s not impossible. There are different reasons a volunteer or employee might choose to not respond to a message. For instance, some places have a policy of not responding to any message that contains a threat of legal action. Any mention of lawyers in a message and the only response is silence. In other cases, the issue may be one where there is nothing to say because it’s all been said before.

Every once in a while a client will hire me to mediate a blocklisting and when I reach out I either get silence or a brief “we’ve told the client what they need to do” from the list. Inevitably this has been an issue that has been going on for a while. I was contacted because the filter or blocklist stopped answering. They stopped answering because the issue was going in circles. Sometimes it’s a communication disconnect, and I can help. Sometimes it’s simply the listee doesn’t want to do anything different and refuse to make the necessary changes to get delisted.

Silence can be a no

Sometimes the reason we don’t get an answer is because the answer is no.

For instance, some senders send long emails requesting significant amounts of data from the ISP or the filter company. These emails are more likely to be ignored than others. Sometimes the company simply doesn’t have the data being requested. Other times it’s too much data and will take too long to compile. While some ISPs provide official support channels for senders, the vast majority don’t. Any work done on behalf of senders, is at the discretion and leisure of the employee.

Why doesn’t the person just send back a no? Sometimes it’s just due to overwork. Stuff gets dropped on the floor by accident. There is no intention to ignore it, but we’re all busy and overworked. When an email is a favor it ends up at the bottom of the todo pile. And some of us never find the bottom of the pile. Or by the time someone gets to the question it’s 10 days later and the filters have all changed anyway so an answer is no longer timely.

Another reason is because there is a perception that saying no will cause conflict. Unfortunately, history and experience tell us that some percentage of senders will take a no answer as the opening to a negotiation. They send back email after email trying to negotiate some answer or get some information. This is frustrating for the person who said no. After more than a couple experiences like this it turns into too much work to say no, so email is just not answered.

The issue has been fixed

For a lot of folks, responding to messages is not as important as making things work. Most of the time in deliverability we’re not the customer. None of the normal customer interaction rules apply. If there are dozens or hundreds of messages about a mistake affecting multiple listings, the priority will be fixing the mistake. Answering those dozens or hundreds of emails simply may not happen, even after things are fixed. This is more likely to happen when, for instance SNDS or GPT has been down for days. No one is going to respond to all the direct inquiries. They may post a note to a mailing list, or answer one person who they know will spread the word.