Bounces and bounce handling is one of those topics I’ve avoided writing about for a long time. Part of my avoidance is because there are decades of confusing terminology that hasn’t ever been really defined. Untangling that terminology is the first step to being able to talk sensibly about what to do. Instead of writing a giant long post, I can break it into smaller, more focused posts. 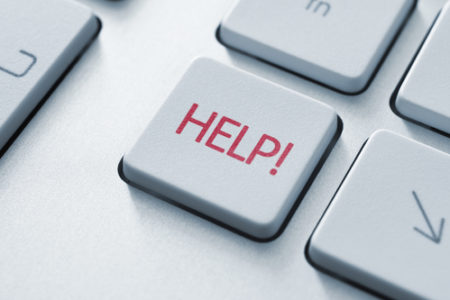 What is a bounce?

A bounce is when an email is undelivered. In the deliverability field, we use the term bounce to describe mail that was not delivered during the SMTP transaction and mail that was later returned as undeliverable.

Why does mail bounce?

There are a large number of reasons mail is undeliverable. One of the common reasons mail is undeliverable is because the recipient address doesn’t exist. Mail can bounce for other reasons, too. Some of those reasons are technical: the mail is malformed, or the receiving server is having a problem. Other reasons are filter related, like the sending IP has a poor reputation or there is a block against content in the mail.

What should we do when mail bounces?

That depends on the specifics of the bounce. In the SMTP protocol there are 3 answers a receiving mail server can given when presented with an email:

The confusion is that we have a situation where we need to make decisions about trying the next email based on extremely limited data. There’s also a very diverse usage of SMTP response codes among MTAs. The same 3 digit codes can mean different things and the same messages are assigned different 3 digit codes. All in all, a situation that is not easily handled mechanically.

I have, sort of. 5xy (no, never) responses are sometimes called hard bounces while 4xy (try again later) responses are sometimes called soft bounces. This isn’t what bulk senders mean when they use the terminology. Generally, hard bounces are used to mean emails that will never deliver and that usually means the address does not exist but can be something technical (DMARC fail, technical problems, etc) that needs to be fixed on the senders end before attempting to mail again. Soft bounces mean emails that might deliver in the future, so mostly every other bounce type. In these cases soft and hard terminology does not map onto the SMTP 4xy and 5xy response codes.

What is a soft bounce?

A soft bounce typically describes a case where a message was not accepted by the receiving server, but there’s no evidence the next message won’t deliver.

What is a hard bounce?

A hard bounce typically describes an email address not existing. No future message will deliver because the address does not exist.

What’s the problem? Just suppress hard and send to soft.

It’s not that simple. There are cases where something breaks and ISPs response “user unknown” to every email, even those that are valid addresses. In these cases it’s worth attempting to send a few times before suppressing the address from future mails.

There are also cases where a soft bounce is actually permanent. Take the “mailbox full” case. In the environment of multi gigabyte mailboxes and spam folders that don’t count towards a mail quota, it’s very rare for mailboxes to actually fill up. It can happen, but in most cases of mailbox full the mailbox has been totally abandoned. Maybe the recipient lost the password, maybe they passed away, whatever it is, the mail is never going to deliver.

For user unknown the sooner you stop sending the better. In the early 2000s there was a handshake agreement between a group of ESP representatives and ISP representatives that address that bounce will be removed after 3 consecutive bounces in a period of more than 15 days. In the years since then, this has been a standard recommendation. Many ESPs have their own bounce handling rules, and they’re all within the spirit of the agreement.

The short version of all of this is that bounces are a fact of life, and that if mail repeatedly fails to deliver to an address then it’s time to suppress the address from future mailings.