A few months ago a colleague sent me, and every other person on his overly large LinkedIn list, an email looking for some help hiring. It starts off with “Greetings LinkedI Connections” and ends with… an unsubscribe link.

P.S. If you don’t want to hear from me, here’s an unsubscribe link – that’s the easiest way. My LinkedIn network has gotten so ridiculously large that [unfortunately] I have to use an ESP to send messages like this out – which I do very infrequently – maybe a handful of times a year – I promise. 🙂

The part that really annoyed me was this person didn’t use my LinkedIn address. No, instead they found a different address for me and used that for their blast1 email. I pointed out to them that the address they mailed wasn’t my LinkedIn address. They replied they knew, that they’d mapped all their LinkedIn connections to corporate email addresses.
I asked them not to do that with my email address in the future, at which point they unfriended me on LinkedIn because it was easier. 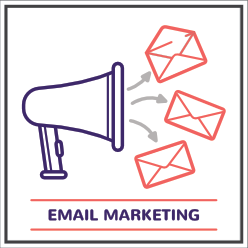 This is the major problem with appending. I have an address associated with my LinkedIn account. It’s the address I have dedicated to handling requests from my LinkedIn network. But this person decided that it was better to use a different address to send me this email. Why? Dunno, you have to ask them. Probably because they thought, somehow, they’d get a better response if they ended up in my “primary” mailbox.
I suspect this person doesn’t like Gmail tabs either.
There are two major points I want to make with this story.
The first is that it’s a really bad idea to make assumptions about which email address to use for people, especially when they have given you an address to use. I do check my LinkedIn folder regularly but I do it on my time. My corporate address is for business. It’s for my clients, employees, and customers. Random requests for networking? I want those emails to go into my networking folder (and, yes, it really is named “networking”).
The second is, when someone says “please don’t do that again” don’t get all huffy about it. That only makes you look petulant and thin-skinned. In this case, the sender is an executive for a large player in the email space. Do you really think I’m going to recommend them to my clients? Fair or unfair, the interaction was unpleasant.
This is a very personal example of appending. A single person decided to find an address for me and specifically use that instead of the one I gave them. This was appending, but not in bulk. Nevertheless, it was someone else deciding they could override my decisions because they wanted to get in my inbox. It’s rude.
It’s no less rude when thousands of addresses are automatically appended to a list. In fact, that’s even more rude. Instead of just one annoyed person, there are thousands. Appending is a bad practice, whether it’s one or one million.

1: Yes, I called it a blast. It was a blast. Even the sender admits it’s a blast. They’re not doing anything other than importing hundreds of (collected, not opted-in) email addresses into an ESP and sending the same email to everyone of them, whether or not it’s relevant.