Looking back through my archives it’s been about 4 years or so since I wrote about confirmed opt in. The last post was how COI wasn’t important, but making sure you were reaching the right person was important. Of course, I’ve also written about confirmed opt-in in general and how it was a tool somewhat akin to a sledgehammer. I’m inspired to write about it today because it’s been a topic of discussion on multiple mailing lists today and I’ve already written a bunch about it (cut-n-paste-n-edit blog post! win!).
Confirmed opt-in is the process where you send an email to a recipient and ask them to click on a link to confirm they want the mail. It’s also called double opt-in, although there are some folks who think that’s “spammer” terminology. It’s not, but that’s a story for another day. The question we were discussing was what to do with the addresses that don’t click. Can you email them? Should you email them? Is there still value in them? 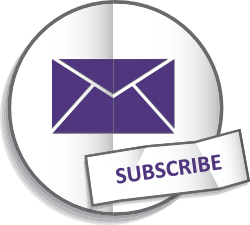 We have to treat the addresses as a non-homogenous pool. There are a lot of reasons confirmation links don’t get clicked.

There is some value in the pool, but statistically, some of that value is negative. Each company needs to do their own risk analysis and determine what best to do with these addresses.
Different subscription techniques are going to generate different subscriber pools. Those different pools are going to have different risk profiles. Some subscription processes will generate more of one type of subscriber than another. That means the risk of mailing users who didn’t click on the link is going to vary depending on the pool.
Lots of “no recipients” on the list means sending followups is high risk. Lots of non-customers on the list, ditto. But if the pool is lots of people who can’t be bothered or missed the email the first time? That’s probably OK to mail once or twice.
Details matter.
Overall, the entire goal here is to get a list of email addresses that are owned by people who want mail from you. There are two parts to that: identity and permission. The identity part is tying the email address to the person who is your customers / subscriber / lottery winner / potential future customer who wants to know what you sell. The permission part is discovering if they want mail from you.
Traditional COI combines the identity and permission piece into one step. Send the person a mail and ask for permission to mail them more email. That covers the identity and the permission – if the person clicks you have both. But there are other ways to prove identity and there are other ways to gauge permission.